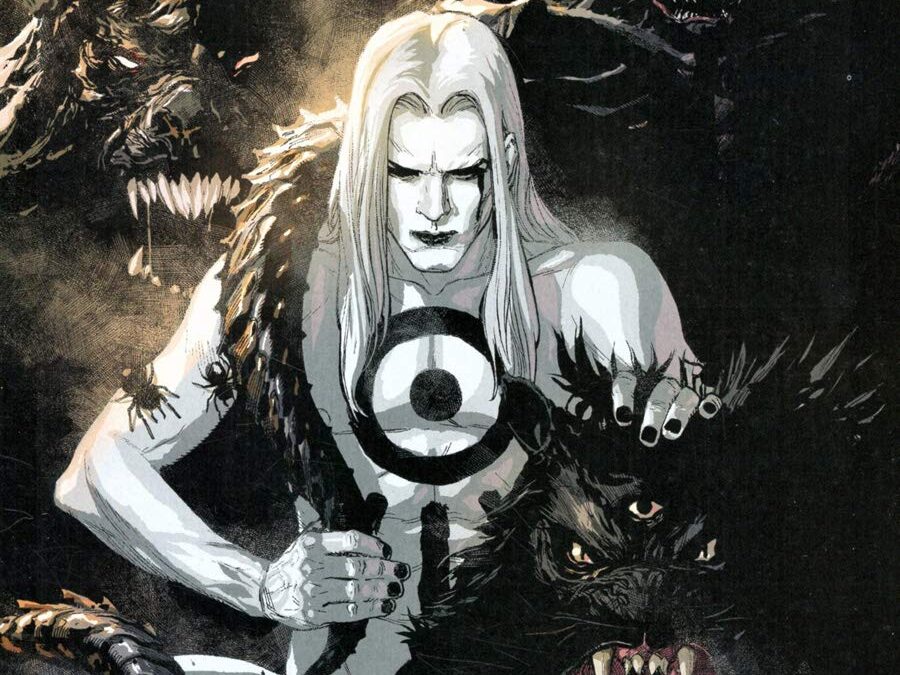 X-Men #12 Amenth is the 2nd prelude chapter which leads directly into X of Swords Creation #1.

The cover art by Leinil Francis Yu and Sunny Gho leaves no illusion that this X-Men #12 Amenth review issue is centered on the Summoner, a.k.a Apocalypse’s grand-kid.

Panels on the first page quickly take you to Krakoa where a conversation between Rockslide and the Summoner is taking place. 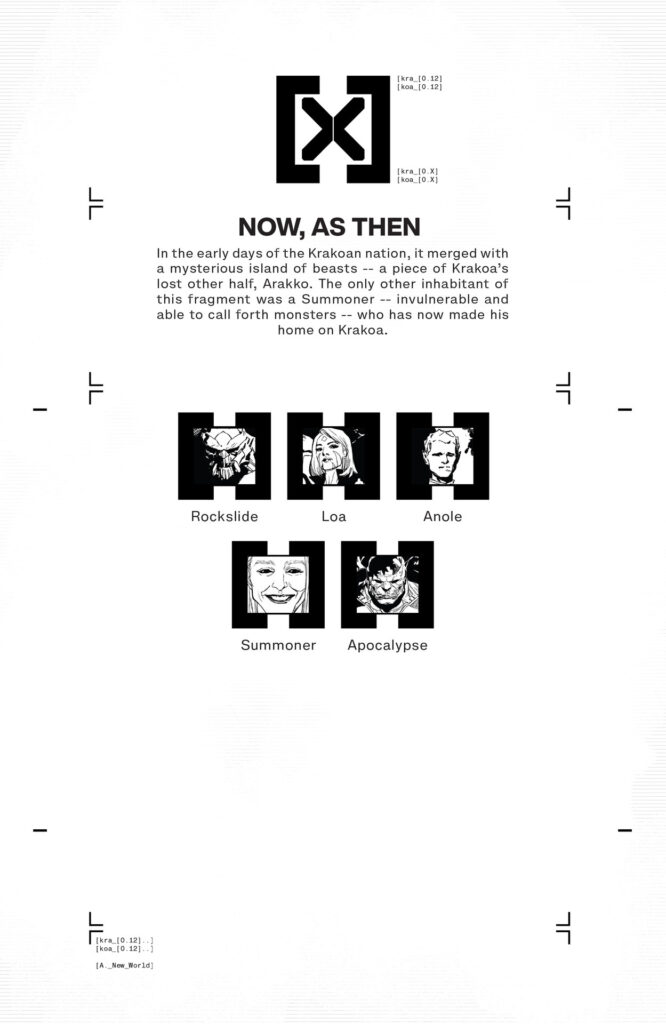 Their interaction centers on discussing what they know about each other, specifically their strengths and weaknesses.

You will learn that Summoner is invulnerable except for his eyes, while Rockslide’s appearance is just the exterior armor for his inner energy.

Apocalypse interrupts their discussion and quickly gets to the point of his arrival. He is not comfortable sending the whole mutant nation of Krakoa through the portal he created in Excalibur #12.

He wants to gather more information about Summoner’s knowledge of what transpired prior to his arrival. 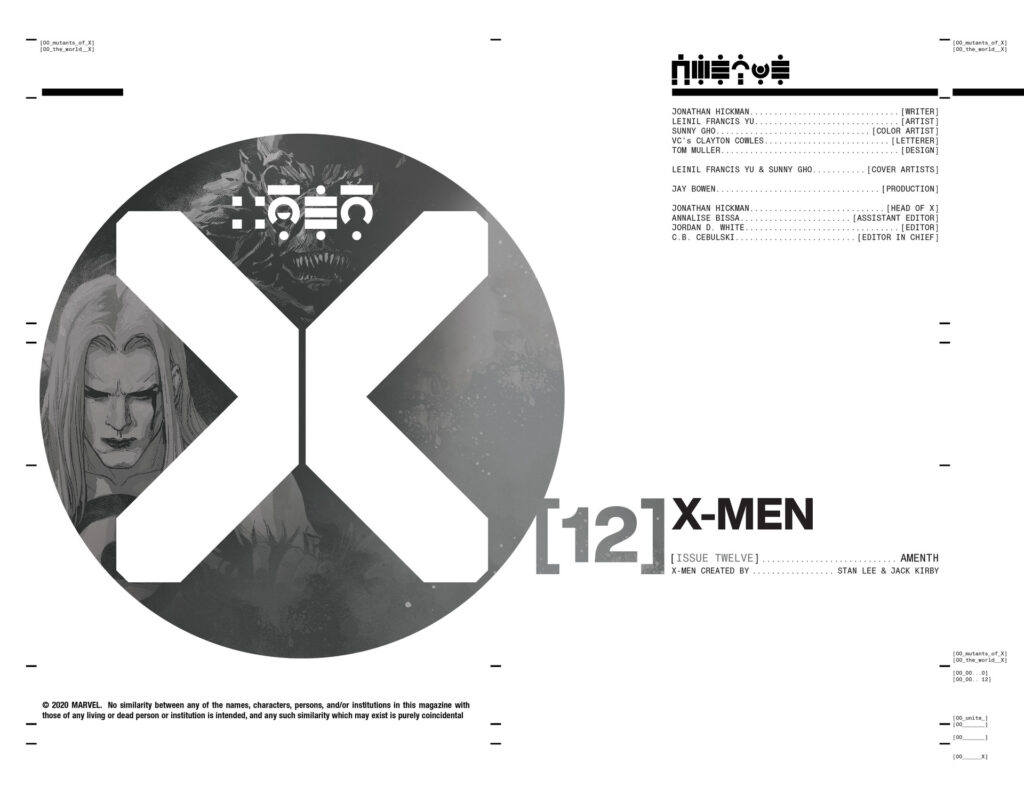 You will learn the newly revealed history of Arakko, the fallen world of Amenth and how it all ties back to Apocalypse and his kin.

Through this history its shown that Arakko mirrors Krakoa governance with a similar council of mutant leaders.

Apocalypse’s wife Genesis was the ruler of Arakko and vowed to defend it when word of Arakko’s demise by the armies of Amenth was brought to her attention by a soothsayer.

She waged a successful war against the armies of Amenth until a mysterious betrayal triggered her defeat. Eventually Genesis and the survivors of her army retreated back to Arakko.

Upon return Genesis accepted an offer to duel with Annihilation, the god of Amenth. Needless to say, she was not the victor. 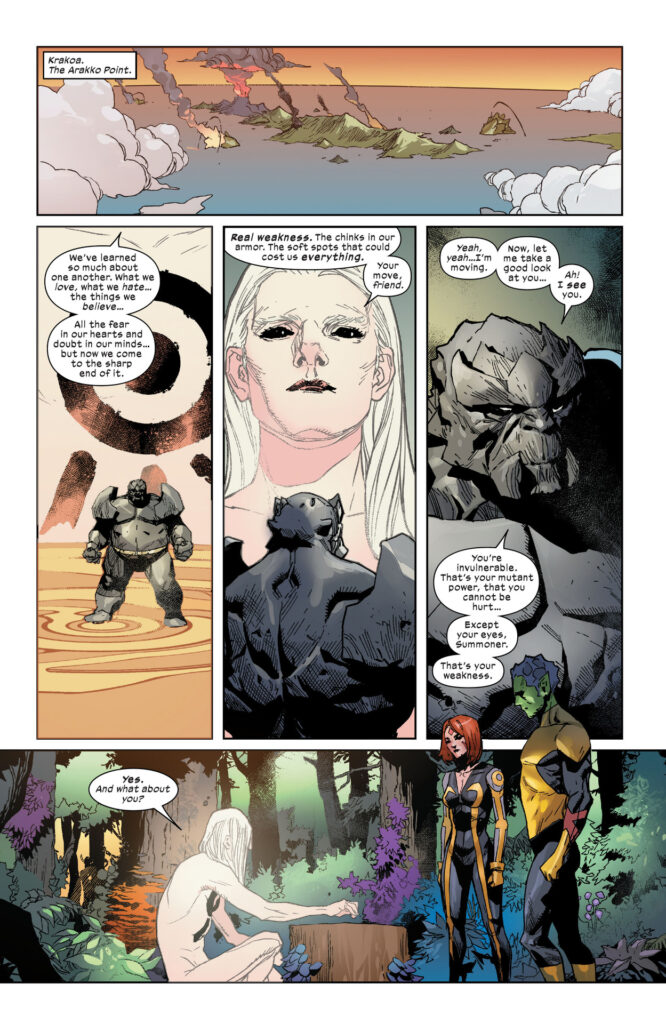 The issue concludes with Apocalypse sending Summoner and two other mutants back to Arakko. Summoner is tasked with being his herald and to conduct reconnaissance on the situation on Arakko.

Marvel’s Writer Jonathan Hickman and Artist Leinil Francis Yu have done a great job providing us with new information and context while expanding the mystery for the transition to X of Swords Creation #1.

From the character dialog to the artwork panel arrangements, X-Men #12 Amenth is another win for X-Men fans as the X of Swords crossover event unfolds.

After reading X-Men #12 Amenth I feel the High Summoner is definitely one to watch and also wonder who’s behind the mask of Annihilation?

Did X-Men #12 Amenth raise similar questions for you?

Be sure to check out my X of Swords Reading Order: The Ultimate Guide if you want to know where to get started reading the 24 issue run!