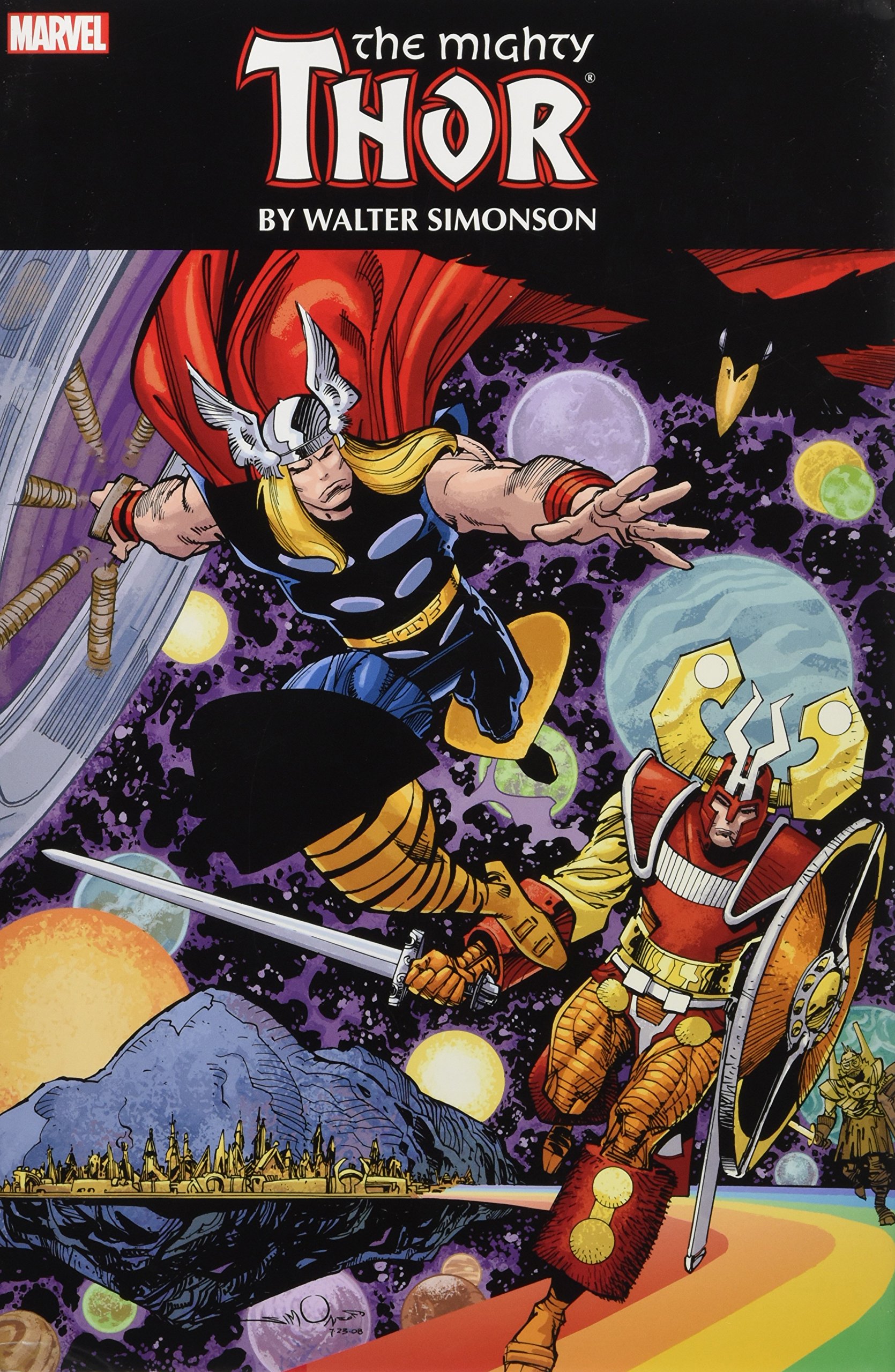 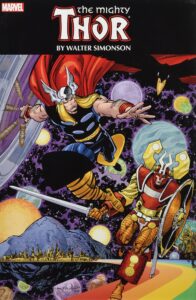 Readers are treated to a fun Thor run that anybody can use as a starting point into the mythic god of thunder.

The Essence of a good story is to bind the reader with a spell broken only at the story’s conclusion, and perhaps, not even then.

How did we get to Walt Simonson Thor?

Marvel Comics Thor was created by Stan Lee back in August 1962 with the release of Journey into Mystery #83.

With that first appearance release in 1962 Thor was not the 24/7 god of thunder we all know from the Marvel Cinematic Universe (MCU) movies and comics books today.

Instead, Thor shared a body with a partially disabled medical student named Donald Blake, who was able to change into Thor when wielding the magical hammer Mjolnir.

Mjolnir was hidden in the form of a staff used by the mortal Donald Blake by tapping the hammer on the ground in order to be transformed into Thor.

During this era if Thor was separated from Mjolnir for more than 60 seconds he would revert back to the fragile form of Donald Blake.

Within the Marvel Universe Thor and his mortal alter ego Donald Blake were to remain canon until November 1983.

You guessed it, the beginning of the Walt Simonson Thor Omnibus issues.

As Thor #337 kick-started the epic odyssey of the Walt Simonson Thor Omnibus run it was immediately apparent things were about to change.

Of course, all of the great qualities from these Walt Simonson Thor Omnibus issues would not be possible without the help of Penciller and Inker Sal Buscema.

Together, Walt Simonson and Sal Buscema draw you in as a reader to Thor’s charisma, charm, and wit.

You may have read this series as a youth and are looking to take a trip down memory lane, or are attempting to read for the first time. Either way, Simonson’s wordy captions and stimulating dialog along with Buscema’s distinctly 80’s, yet timeless artwork help you to care about the character while Thor is tested physically, mentally, and spiritually.

In these 48 issues you will find Thor transitioning from earthly based stories such as saving families on New York streets, to grandiose cosmic events where he is saving the universe.

Throughout the issues in the Walt Simonson Thor Omnibus you will also encounter just as exciting story arc’s for many of the side characters as well.

If you are a fan of the Marvel Cinematic Universe many of these side characters and events portrayed in the movies were inspired from this Walt Simonson Thor era.

From start to finish this collected run does not disappoint. You will learn about Beta Ray Bill, a hero who proves that looks don’t represent ones heart.

Additionally, you will find out why Hela turns out to be one of Thor’s greatest threats. Also Loki joins with Thor and Odin to fight Surter who is leads an army of demons while armed with a magical blade.

Verdict: You guessed it, I thoroughly enjoyed reading this legendary era of comic book history.

Needless to say, if you are a fan of Marvel Comics Thor, then the Walt Simonson Thor Omnibus is something you should have.

This Omnibus is one of the largest at 1192 pages and weighs over 5 pounds!

It serves up the Walt Simonson Thor reading order on a silver platter (figuratively) so you can jump in and read one of the most outlandish, stunning, and tragic runs of The Mighty Thor ever written.