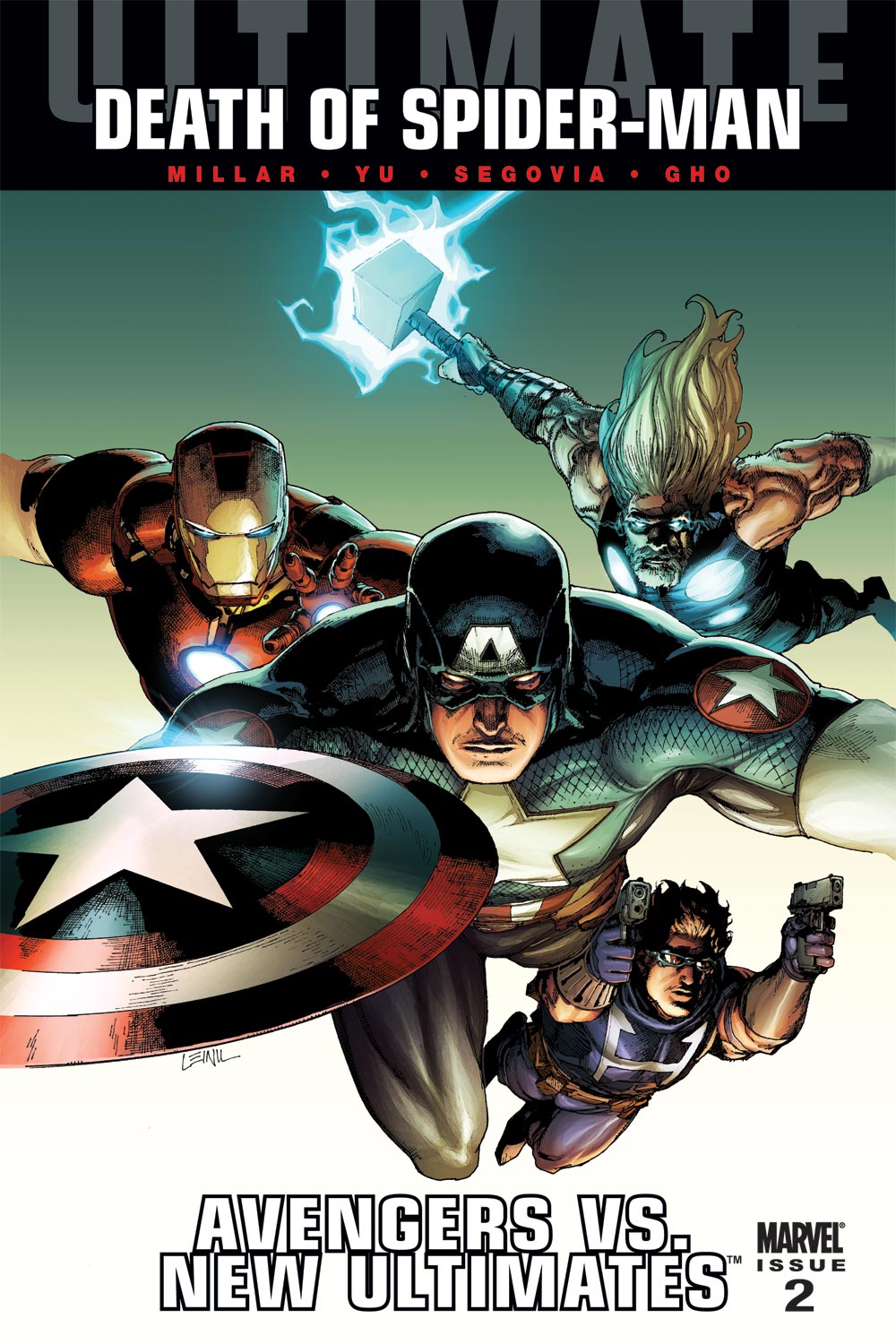 Going back to May of 2012 we have the release of Mark Millars’ the Ultimate Comics Avengers Omnibus. This collected edition is noteworthy as it is the final compilation of the last time Mark Millar would write for the Ultimates Comics universe.

Throughout all of the issues and story arcs you will find two overarching themes. Nick Fury’s desire for his job back as the head of SHIELD, and his amoral tactics to make that happen.

In this omnibus you will see a Nick Fury who will go to great lengths in his attempts to dethrone Carol Danvers as the head of SHIELD. Unfortunately, Carol Danvers in this Ultimates Comics collection is not as omnipotent as the Carol Danvers from the recent Marvel Cinematic Universe (MCU) movies.

Next Generation, the first story arc in the Ultimate Comics Avengers Omnibus is arguably the best. The issues in this miniseries and the entire omnibus involve the Ultimates Comics Marvel Universe Earth-1610.

As a result Red Skull has a very interesting backstory compared to the mainstream Marvel Universe Earth-616 version of Red Skull that we are all familiar with.

With this Red Skull backstory you will find out the “ties that bind” him to Captain America. The realization of Red Skull’s connections with Cap, is what drives Captain America to go rogue. This event ties-in directly with a begrudgingly subordinate Nick Fury to Carol Danvers forming a black-ops avengers team.

The new black-ops team operating in the shadows is tasked with doing the dirty work the primary Ultimate Avengers are not able to do.

Additionally, you can’t have a good Red Skull series without the fabled Cosmic Cube which also plays a part in this story arc. Finally you will be introduced to Nerd Hulk, with his “limited” backstory, along with Spider Man, and Tony Stark’s twin brother Gregory Stark.

Gregory Stark will play a role throughout the whole of the Ultimate Comics Avengers Omnibus where his amorality will be on full display in contrast with Tony Stark. There are some funny momnets as the two brothers constantly compete to one-up each other.

The Crime and Punishment issues deal with the recruitment of two of the black-ops primary team members, Punisher and Cash. The Punisher is recruited to lead the Ultimate Comics Avengers, while a Mr. T from the A-Team inspired character named Tyrone Cash, is recruited as Hulk level brute with brains.

This story arc also sees the Ultimate Avengers black-ops team get involved in a conflict between the Ghost Rider and the highest levels of the government. You will see that Mark Millar demonstrates his ability to poke fun at politics and conspiracy theories during this over-the-top run.

Blade versus Avengers starts out bad but becomes funner near the end. Given that Blade is involved automatically implies a vampire story. This story arc introduces the Dare Devil character and his teacher who also has connections to Blade.

Mark Millar was definitely letting his creativity run wild during this series as the black-ops Ultimate Avengers face off against an army of vampires. While fighting a vampire clan led by a vampire wearing Iron Man’s prototype armor, Captain America and Nerd Hulk who previously had a falling out get bitten. As a result they both end up getting the vampire virus setting off an unfortunate chain of events.

The remaining Avengers from the black-ops team as well as some of the first string public Avengers will have to contend with a vampire army descending upon New York. Through this battle the resilience of Captain America will put to the ultimate test.

The fallout from this story arc will be felt to the very end of the Ultimate Comics Avengers Omnibus.

This story arc is the culmination of the previous three. Here you will see the black-ops Ultimate Avengers led by Nick Fury face-off against the public New Ultimates led by Carol Danvers.

As the final story arc, the heroes will find themselves embroiled in a large scale battle due to betrayal and many plot twists such as the death of Spider-Man.

Overall this omnibus collection has an expendables feel that is fun to read. Compared to other omnibus collections, this is a very quick read due to the sparse dialog. You can read the entire omnibus in 2-3 hours.

If you are interested in an over-the-top read of a second string Avengers team with brief appearances of the primary characters, then this omnibus will be great for your collection.

The four story arc’s comprising the Ultimate Comics Avengers Omnibus are evident that Mark Millar closed this chapter of the Ultimates Comics universe while having fun and establishing the foundation for Jonathan Hickman who ended up taking over the series.