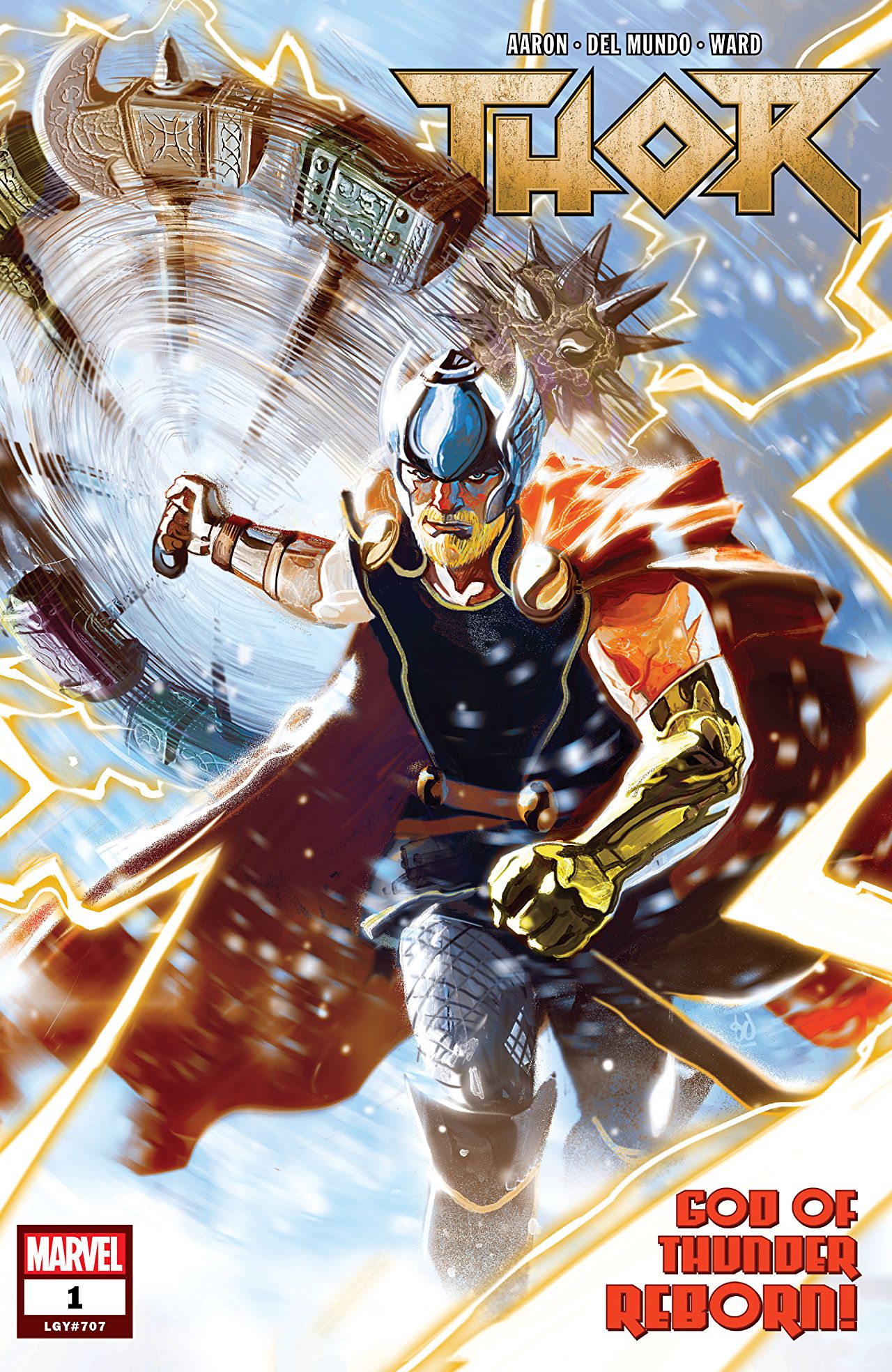 The god of thunder is back in his rightful place, albeit without his trusty hammer Mijolnir and his left arm. That’s not to say this comic book is lacking in anyway. Marvel’s fresh start of Thor volume five sees a still unworthy Thor resume his duties as defender of Midgard, while war rages in the nine realms and he is ready to get back in the fray.

Writer Jason Aaron is taking the comic in a very exciting and action-packed direction. In this first issue he has the thunder god taking on numerous quests to recover weapons and artifacts of great power released into the universe from Odin’s vault during the destruction of Asgardia. The panels in the first few pages showcase the creative twist of Michael Del Mundo’s art that is seen throughout the book. Thor emerges from a compound being chased by demon worshiping fanatics with his recovered artifact in hand. It is here the theme of Thor’s current state of disadvantage is evident when none other than the Juggernaut challenges his claim to the artifact.

In the ensuing battle Thor relies on the help of dwarves who are forging him an arsenal of new weapons, none of which match the power of Mijolnir and more importantly he learns to rely on his inner strength as the god of thunder.

After some questing the creative team has Thor checking in on Jane Foster as that previous comic book run comes to a close. They also reintroduce him to his arch-nemesis and brother Loki in an explosive, yet fun and humorous way.

Purists of traditional superhero artwork may need to adjust to the often-surreal look of Del Mundo’s artistic style. However, Thor’s fresh start by Marvel is an outstanding read and recommended to all fans of the thunder god or anyone looking for a lighthearted superhero comic with quality writing and great artwork.