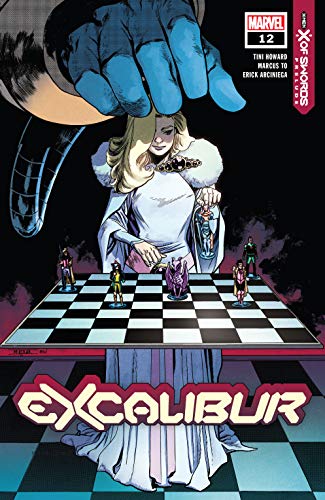 Tini Howard’s Excalibur #12 is the first of two prelude issues kicking off X-Men X of Swords. As the official beginning of the 24 issues X of Swords crossover event Excalibur #12 centers on Apocalypse.

Along with Apocalypse, this issue features his affiliation with the small group known as the Externals or High Lords prominently. 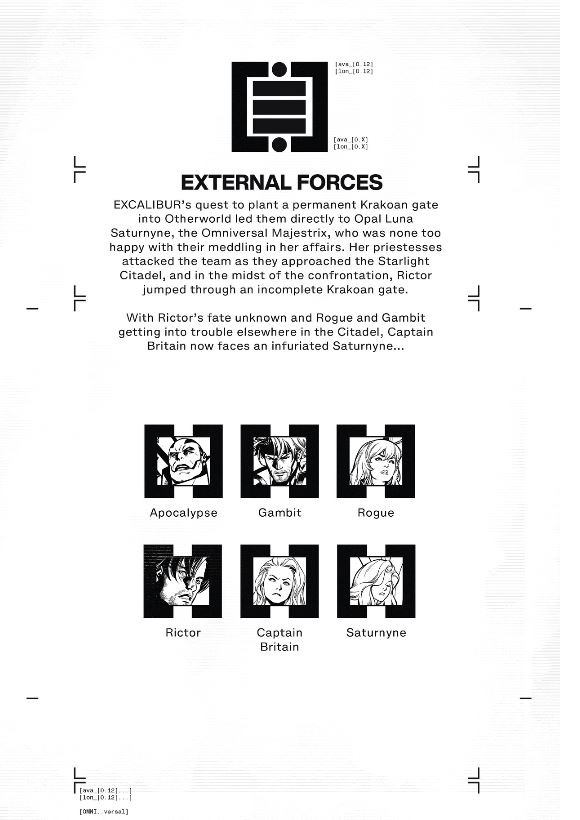 If you are unfamiliar with the Externals they do have a lengthy modern era history with Marvel lore dating back to 1992 when they first appeared in X-Force #10.

Tini Howard does a great job of including informative splash pages that will quickly bring you up to speed with this immortal group of mutants.

In short, they all share an energy connection life force that allows them to communicate over great distances. This is how Apocalypse is able to summon Saul, Candra, Selene, Nicodemus, Absalom, Crule and Gideon to the mutant island of Krakoa.

Upon arrival and some brief dialog, Apocalypse informs the High Lords of his intent to sacrifice them in order to create a gateway to Otherworld.

The High Lords don’t take that news lightly and in the ensuing battle two High Lords side with Apocalypse while many perish. 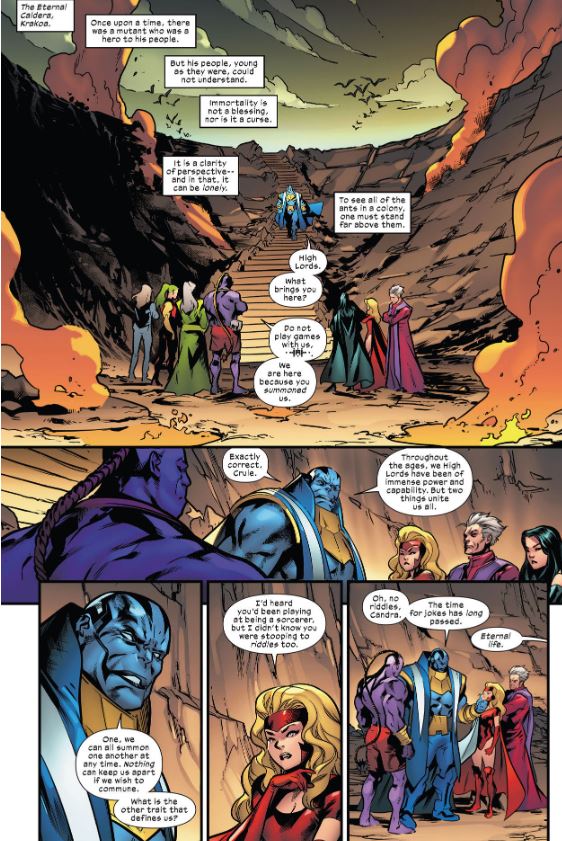 Unfortunately for Apocalypse, he soon learns that he is missing one of the High Lords energy essence necessary to open the gateway to Otherworld.

Apocalypse’s search for the missing energy will lead him to Gambit who is currently with Rogue, Captain Britain, and Saturnyne on the Starlight Citadel.

The cover art by Mahmud Asrar featuring Saturnyne pulling the strings of Excalibur while Apocalypse is pulling her strings fits very well in this prelude to X of Swords. Starting with this symbolism feeds the notion that betrayal is on the horizon and the chess pieces are just getting started.

Throughout the issue the art by Marcus to is vibrant and conveys the message. There are no standard nine panel grid layouts to be found and it works with all the dynamic action taking place. 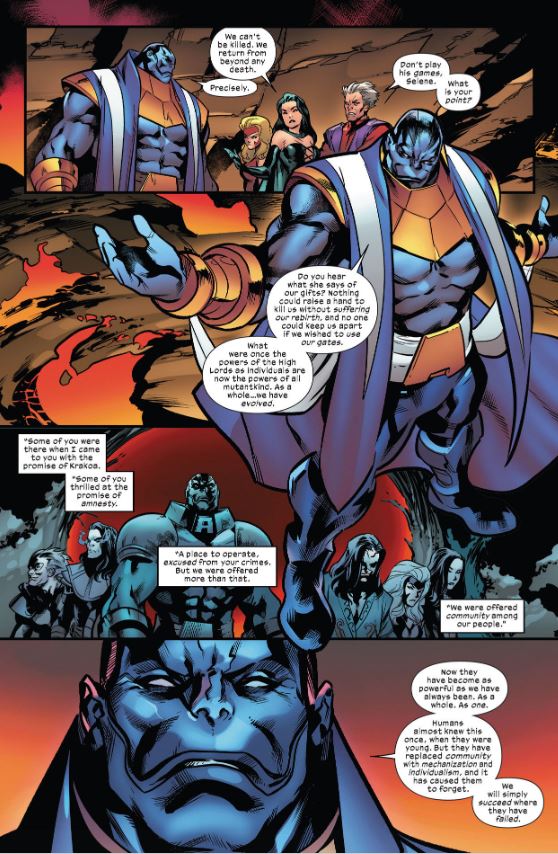 Tina Howard’s captions are few, but when she uses them they really help to drive the narrative forward. On the other hand, the dialog in the text balloons revealed fickleness with some of the characters that didn’t make sense at times.

For example, Gambit who has been distrustful of Apocalypse since Excalibur issue #1 obliges to Apocalypse’s demand without question when confronted in the Starlight Citadel.

Early on there were a few other instances of characters doing things contrary to their mood or prior opinions.

Overall Excalibur #12 has set the 24 issue X of Swords crossover journey in motion. While doing that the excellent artwork and interesting narrative has generated the mystery to want to see where this story goes.

If you are interested in reading this Marvel crossover event, be sure to check out my X of Swords Reading Order: The Ultimate Guide