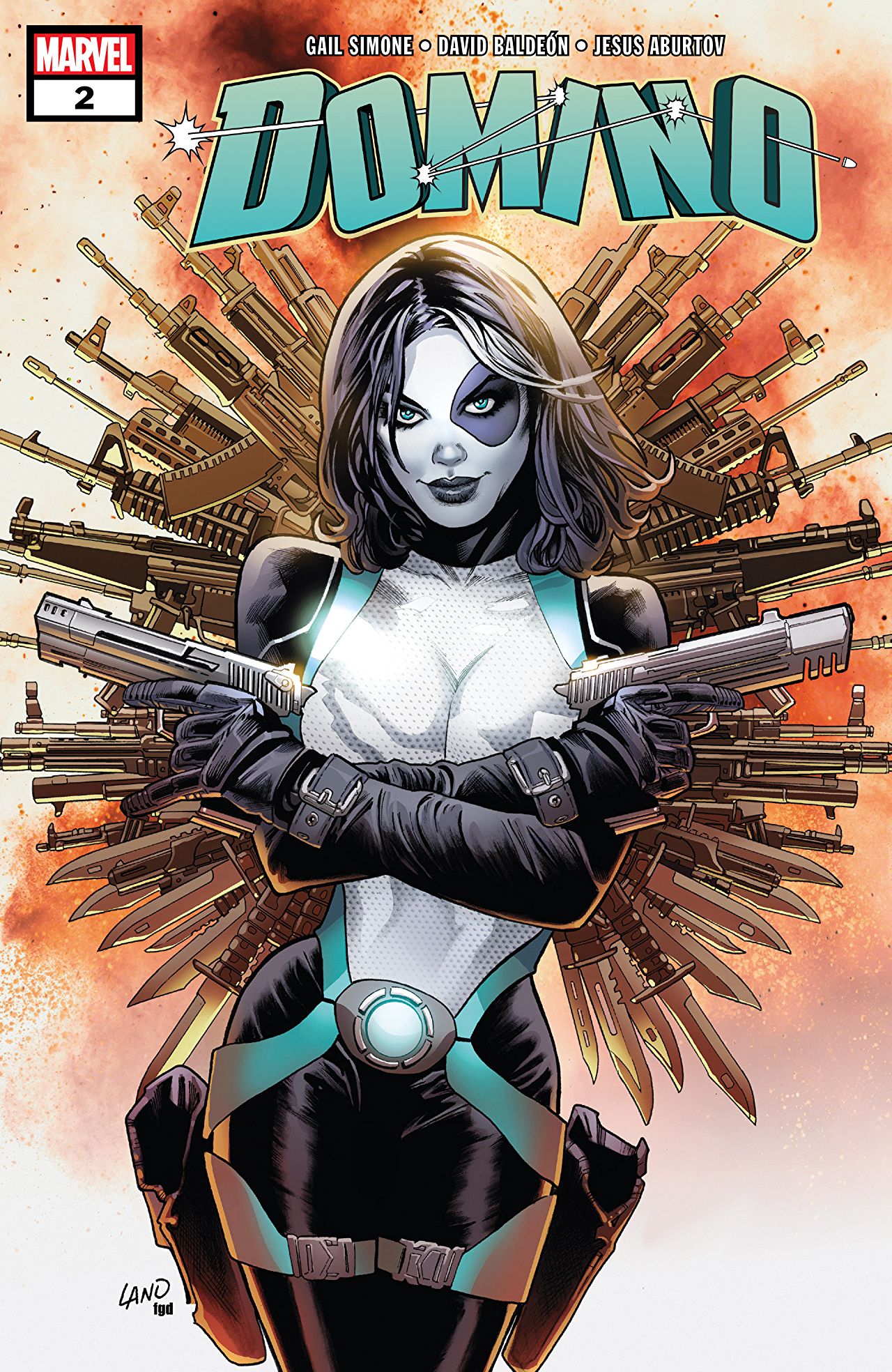 Domino #2 resumes the momentum that started last issue. The action continues to take place in San Francisco, while her next gig brings her somewhere on the Mississippi aboard a riverboat casino.  Neena Thurman’s near-death experience has made her come to the realization that her gift of luck cannot always be relied upon. With that ambiguity, Domino has to learn to come to grips with an emotion she is not familiar with, fear. In addition to fearing for her own mortality Neena has a growing concern that someone inside her inner circle may be working against her.

At one point in the comic book symbolism can be observed inside the riverboat casino where Domino, Outlaw, and Diamondback are walking past a row of slot machines called “stop the mutant threat”. This correlates with the theme of fear in issue 2 as mutants are still distrusted and feared by society, while ironically it was the river boat owner who was seeking her protection.

David Baldeon’s artwork continues to shine in Domino 2 and the visuals covey the comic books message just as much as the writing by Gail Simone. The web slinger Spiderman makes a brief cameo appearance and is drawn very well. Gail Simone does a great job with writing and captures the fan favorite personalities and nuances of Deadpool and Spiderman with attention to detail. Deadpool is still the merc with a mouth while his sarcasm and humor are not overbearing, Gail’s writing also had the web slinger living up to his name as the friendly neighborhood Spiderman.

Inside the comic book the panels are varied and allow the story to flow at a good pace. In this issue there are a couple splash pages with a panel or two that serve to emphasize the action very well.

The second issue in the new Domino series has Neena Thurman facing fear on multiple fronts. Fear for her life, the life of her friends and fear of betrayal by someone close to her. As she works to overcome the uncertainty all around her, its done with good writing, copious amounts humor and vibrant artwork. So far this is definitely a comic book run to keep reading.