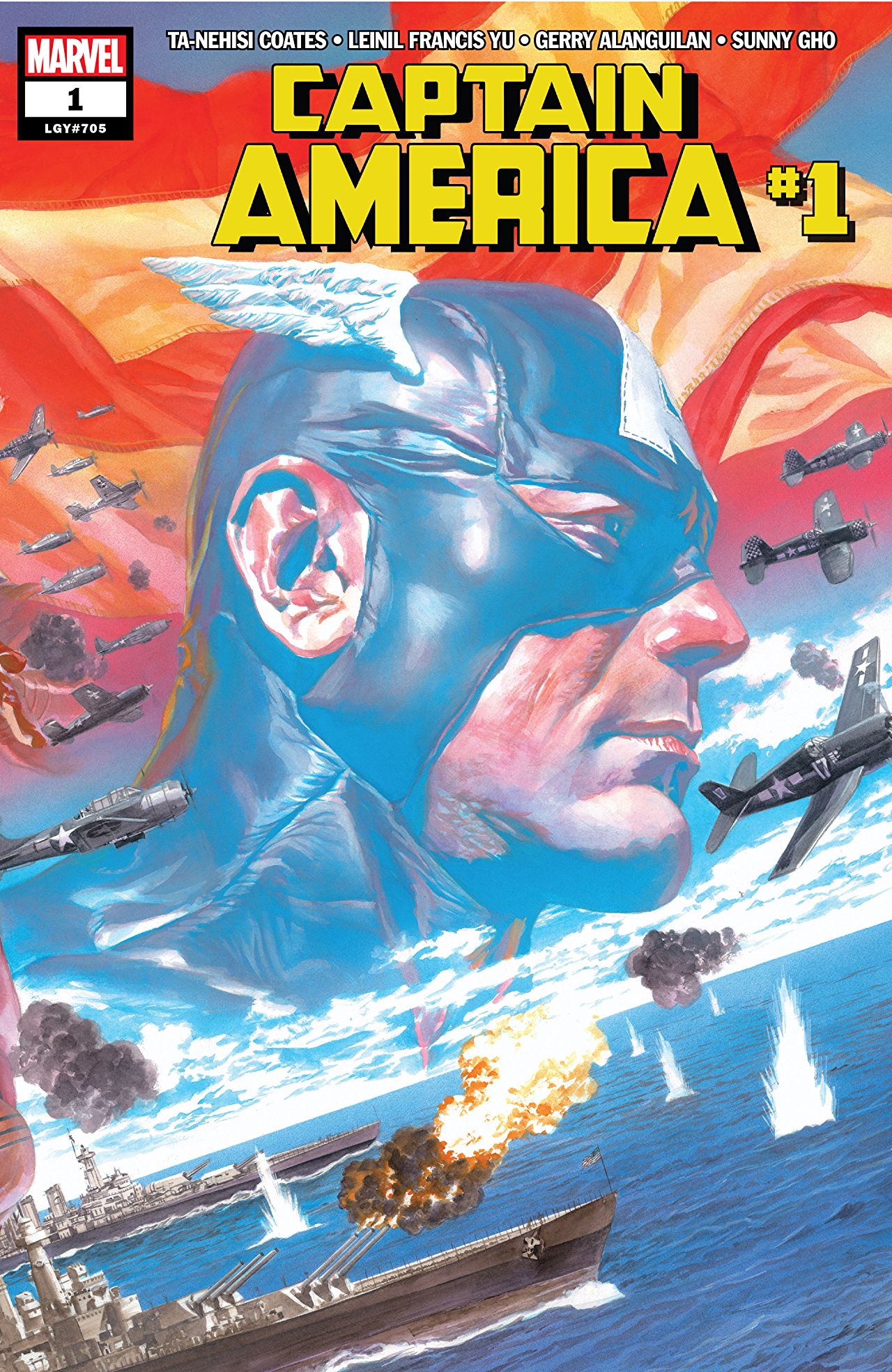 With Hydra largely defeated, America is still reeling from the events that took place when it appeared Captain America had joined forces with evil and was leading Hydra. Steve Rogers finds himself in a country that largely distrusts him and enemies calling him a traitor to a cause they thought he supported. This first iteration of Captain America’s relaunch in volume nine, sets the tone for what looks to be very engrossing run of the shield bearing superhero. The creative team behind the series hearkens back to Steve Rogers heritage, with a cover that pays homage to Cap’s World War II origin, along with his greatest friends and foes. In an age where so many classic superhero’s have been “reimagined”, or are under threat of being altered, the symbolism behind the cover gives reassurance that even though this is the first issue of a relaunch, it will be the same Cap everyone knows and loves.

Having the foundation of a classic Cap comic book run, the overall story takes place in the United States, with the antagonists being introduced in the beginning pages during events happening in Russia. In the opening panels an emerging global threat is introduced, one that views Hydra as a stepping stone to more evil ambitions. Back in the United States, Steve Rogers is struggling with the repercussions of his compromised public image, in the aftermath of his doppelganger leading Hydra’s takeover of the world. Citizens in America are more and more distrusting of him, leaving Steve Rogers to wonder what living the dream in a free society actually is, and what it truly means to him and his fellow citizens.

There is a sense of foreboding and weariness established early on in the comic book. What emerges through the grey areas of Steve Rogers inner monologue on freedom, public perception, and collateral damage, is the next evolution in the fight between good and evil. The theme centers on Cap’s reputation, or lack thereof. Writer Ta-Nehisi Coates makes it clear up-front, that it’s going to be an uphill battle for Steve Rogers to regain the trust of the American people and earn back his good name. The moral of the story shows that try as one might, the factors contributing to a good or bad reputation are sometimes beyond an individuals control, as Captain America has learned stemming from the subtle recapping of events in earlier comic books that Ta-Nehisi Coates does a great job of incorporating into the story.

Excellent writing aside, the artwork by Leinil Francis Yu is equally on-point. The artist captures the right balance of symbolism and dynamics to keep it interesting, while maintaining consistent drawings throughout the pages. The symbolism and irony are evident in the faces of the Nuke cyborgs who call Cap a traitor as they fight to reinstate Hydra’s power, with the image of the American flag on their faces. Overall, the artwork by Leinil Francis Yu is not as cartoonish or blocky as what is seen in the Avengers relaunch drawn by artist Ed McGuinness. It’s perfectly suited for Captain America since it conveys a slightly more realistic feel that pairs nicely with the more serious political and social undertones weaved into the writing by Ta-Nehisi Coates. The dynamic layout of the panels keeps the reading interesting, while helping it flow at the right pace. The majority of the comic book is arranged with random vertical and horizontal panels that convey narrative and action very well. A couple of splash pages are integrated into the layout which captures the determination of Steve Rogers in spite of his self-doubt due to worsenening negative public opinion. This partly stems from ongoing collateral damage, fueling peoples distrust. A few pages show Steve Rogers having a heart to heart moment with Sharon Carter, formerly Agent 13. The grid layout of the panels is used very effectively in that scene to capture the seriousness and emotions in the artwork and the writing.

Cap is back, and with his reputation in tatters, this first installment sets the stage for what is surely going to be a very good comic book run. The artwork and narration implies the right amount of pessimism and optimism to leave readers wondering, how will Steve Rogers regain his good name, find his calling, and face an emerging sinister threat?