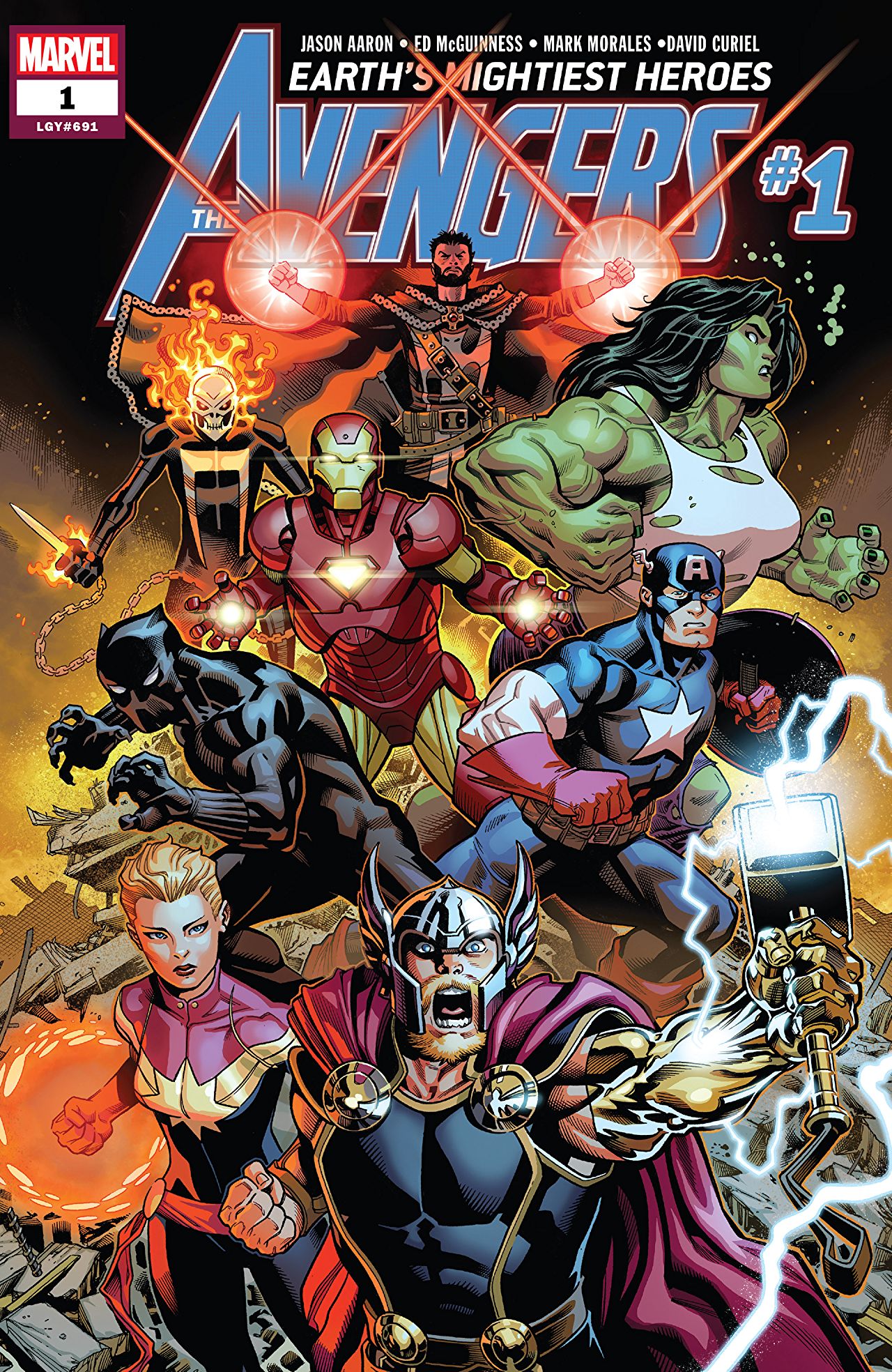 Marvel has relaunched Avengers as part of its “Fresh Start” initiative. Avengers #1 right out of the gate has been an overall good read. Written by Jason Aaron with art by Ed McGuinness, it takes a look way back at the Avengers distant past, featuring a glimpse of Thor’s father Odin leading a pre-historic Avengers team defending the earth and its unevolved inhabitants from the first celestial incursion. The flashback ends just as the battle with the celestials is about to begin. There is an ominous warning that something is amiss in the world and regardless of the outcome, it may not be known for many millennia.

In the first six pages, the opening scene showcases the fine writing of Jason Aaron and the bold artwork conveyed in the panels by Ed McGuinness. Not only is the artwork striking with vibrant colors and attention to detail, it’s able to convey the story if all the captions and balloons were removed.

The story transitions into the present day where the big three of the original Avengers ensemble, Captain America, Thor, and Iron Man are meeting up for drinks at a bar. This gathering is more than just old friends and retired superhero’s getting together, at least from Captain America’s perspective. Captain America has a strong feeling that there will be a need for their combined might in the near future and proposes the that the old band gets back together. The bar scene is short lived as Iron Man is alerted by his AI to an incoming threat from outer space.

While Captain America, Thor, and Iron Man are now aware of a new threat, the comic book quickly transitions away from the big three and starts to introduce what will become the supporting cast of the revived Avengers. Readers are treated to a unique plot twist with Dr. Strange and Black Panther spelunking down a cave near the center of the earth. Additionally Ghost Rider, She-Hulk and Captain Marvel are invariably introduced, each one with the same level of artistic and literary talent that finds the right balance between action and good storytelling.