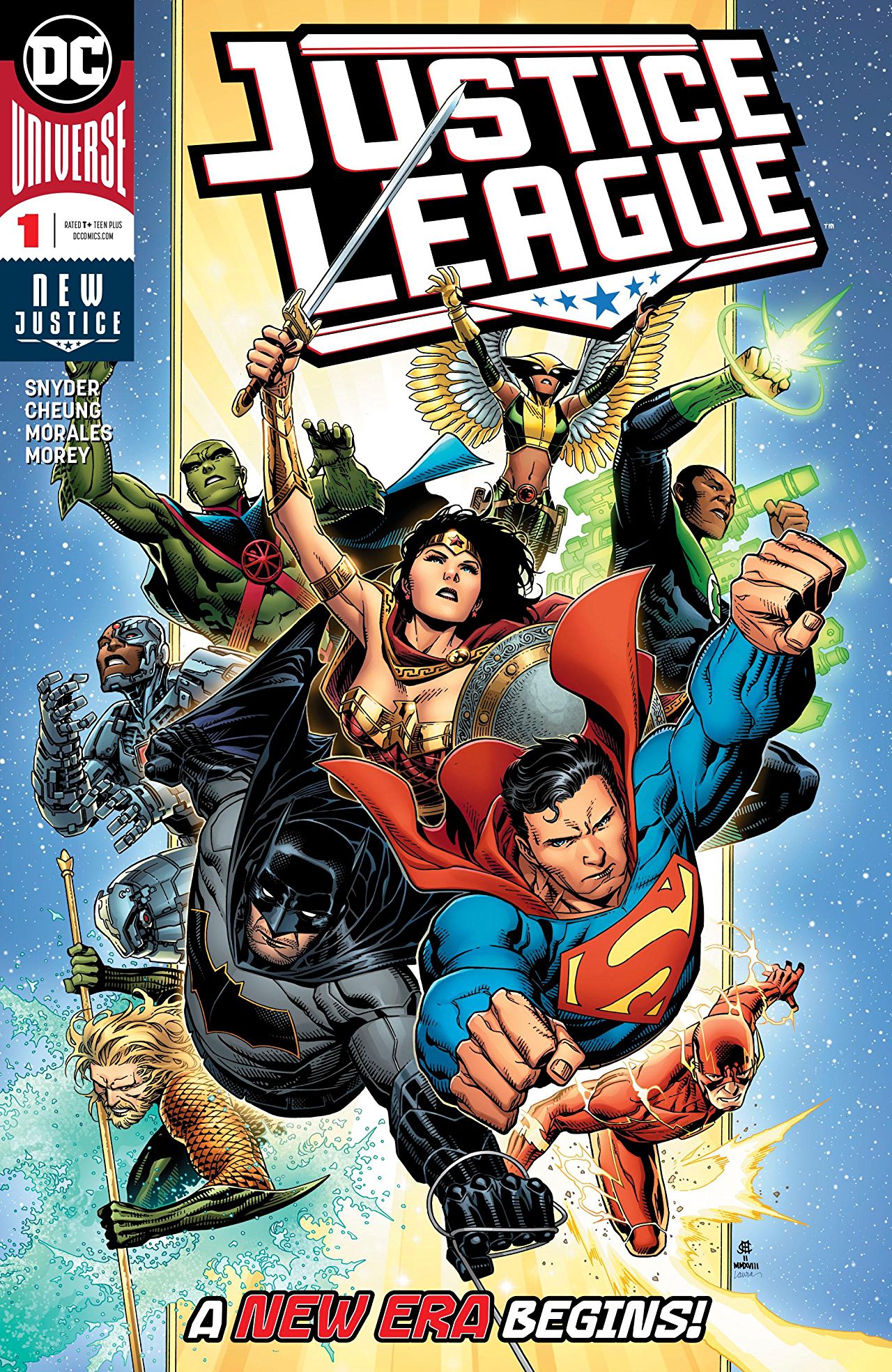 The new era of Justice League by Scott Snyder and Jim Cheung hits the ground running with DC’s first-string heroes engaged on many fronts, battling subterranean creatures and dealing with the realization of a hole in the source wall. The creative team behind this new run is clearly taking a brilliant at the basics approach with this new iteration of the heavy hitting comic book team facing off against evil.

Writer Scott Snyder’s brilliant at the basics approach is seen in the early panels where the team is being led by none other than Martian Manhunter, one of DC’s old standbys first introduced back in 1955 and one of the original seven members of the Justice League of America.

Scott Snyder’s writing successfully uses the Martian Manhunter’s interactions with the Justice League to convey the overall theme of the insurmountable odds the heroes are up against.

Both the artwork and writing move the plot forward with action, suspense, and intrigue, however there is a feeling of detachment between the totality and the various foes arrayed against the Justice League.

The last couple of months have been great for comics in general with successful relaunches from DC and Marvel. The back to basics approach of the Justice League works, and the stage has been set for a new outstanding run on DC’s heavy hitters.