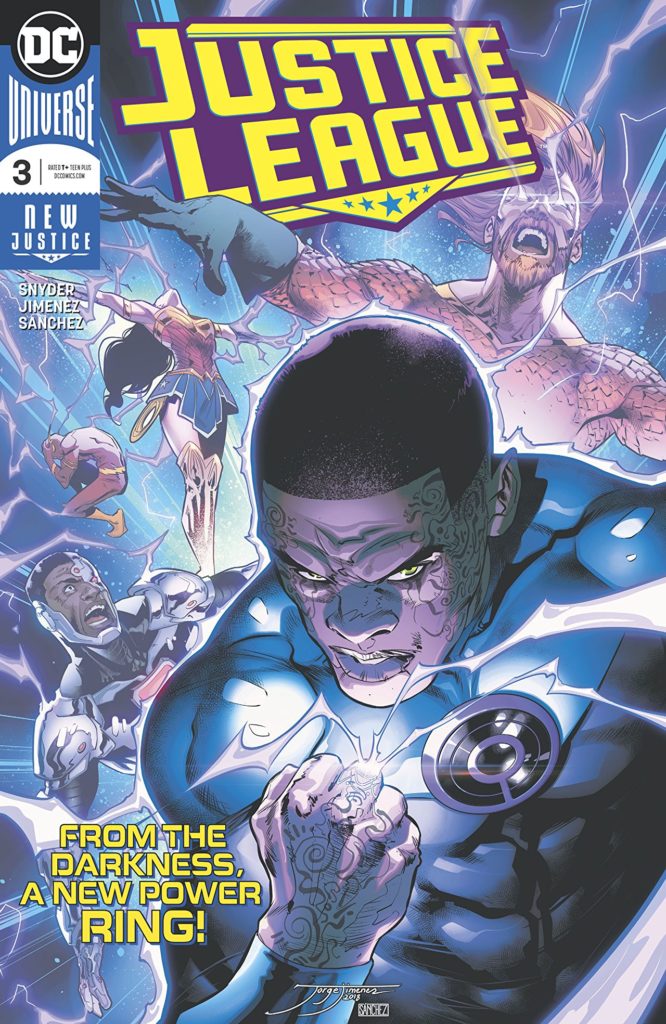 As part three of what is the opening salvo in the new Justice League series, the plot continues with a now split up Justice League facing off against time and the Legion of Doom. The action is still happening in Space, on Earth, and under the Ocean. Part of the team comprising Wonder Woman, Aquaman, and The Flash are hot on the trail of the Legion of Doom, while Superman and Martian Manhunter are inside of the Totality itself. Batman and Hawkgirl literally play a very small part and are along for the ride with Superman and Martian Manhunter. 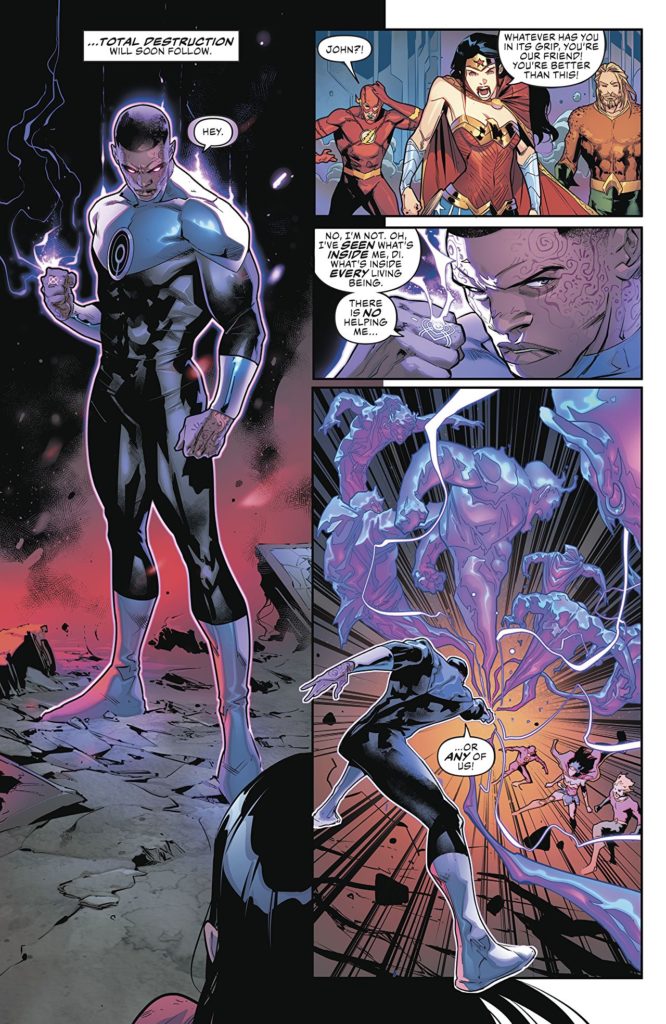 Also seen in this comic book are the microscopic Batman and Hawkgirl traveling inside of Superman and Martian Manhunter respectively. The panels where they are fighting off the alien microbes can be symbolic of that fact that many of the toughest battles are waged from within. This ties in with the theme of forgiveness and John Stewart Green Lantern needing to forgive himself. 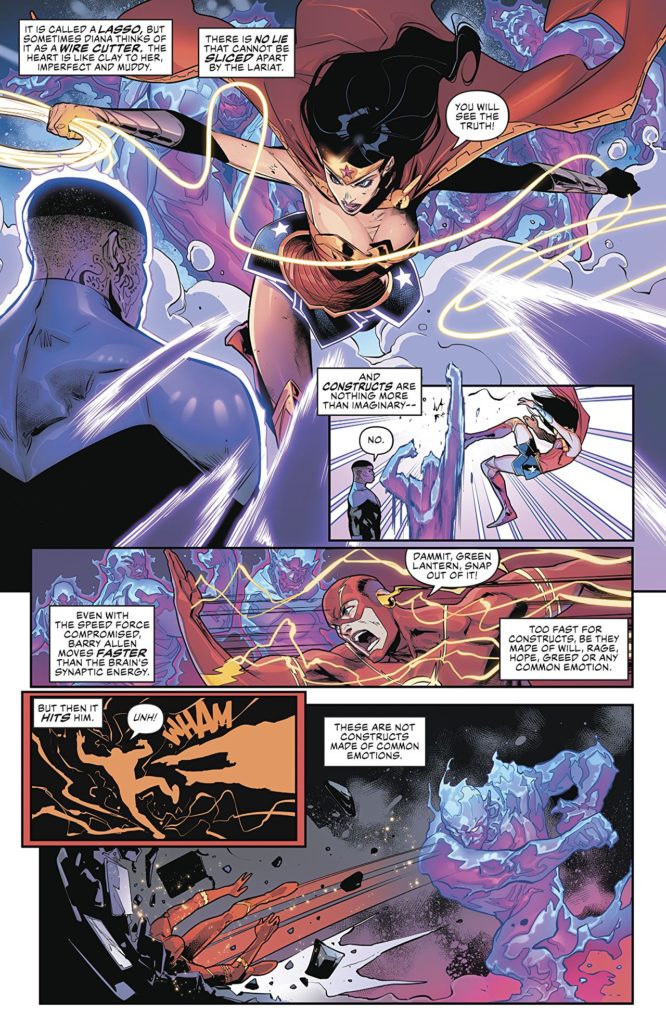 Jorge Jimenez’s artwork comes through again in the third issue of the Justice League by delivering characters that are neither too cartoonish, realistic, or blocky. The Jorge Jimenez cover art for Justice League 3 has a nicely detailed John Stewart depicted as the newly minted Ultraviolet Lantern. It vibrantly foreshadows the uncontrollable nature of this new spectrum of the Lantern Corps that John Stewart, formerly Green Lantern, was revealed to be aligned with in the previous issue.  The artist continues to inject splash pages and two-page spreads at just the right moment to build suspense or show the grand scale of a setting. With scenes bouncing from Earth, to space, and under the seas, a reader would be more likely to get lost if there were no captions or word balloons present. The writing by Scott Snyder continues to deliver with humor and excellent dialog that moves the plot forward at a good pace.

Justice League 3 continues to exemplify the quality that DC and the creative team have produced for their flagship superhero team. Any comic book fan who is on the fence about this series wouldn’t regret jumping on the Justice League bandwagon right about now.