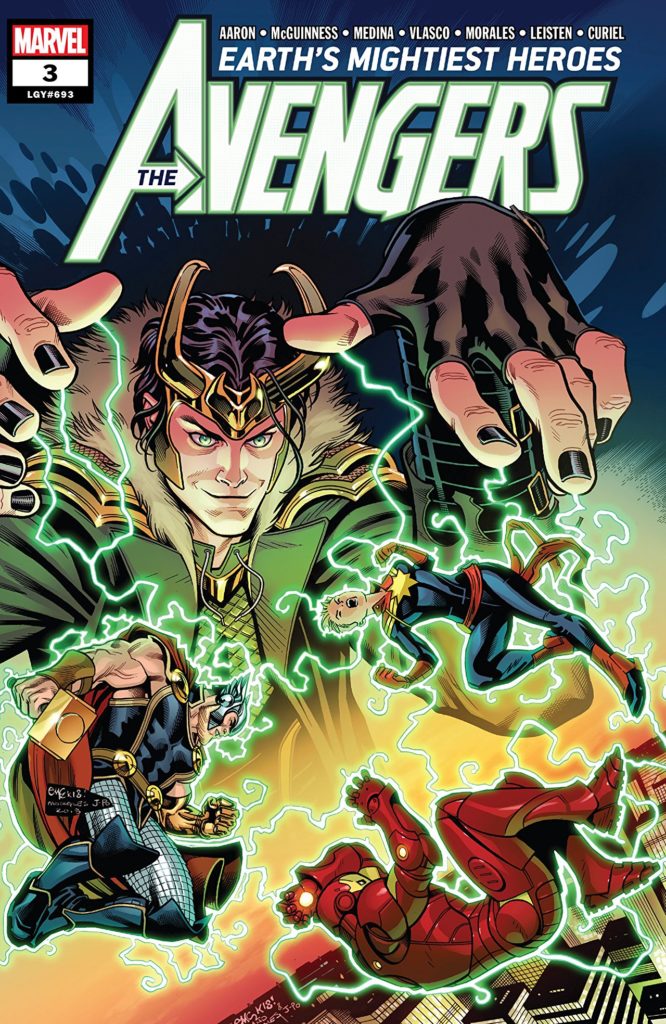 Avengers #3 begins with Ghost Rider and She-Hulk finishing their battle with the giant insects they were fighting in Avengers # 2. The plot takes place on the earth, under the earth, and outer space, specifically inside the sun. An enraged She-hulk makes a comment hinting that the Celestials are communicating with her telepathically. She proceeds to smash a hole in the ground and thus begins her and Ghost-Riders journey into the center of the earth. Meanwhile, Captain America is a prisoner of Loki and the Dark Celestials. While attempting to disrupt his captors he uses his shield to detonate warp grenades and inadvertently gets all of them transported into the center of the sun. 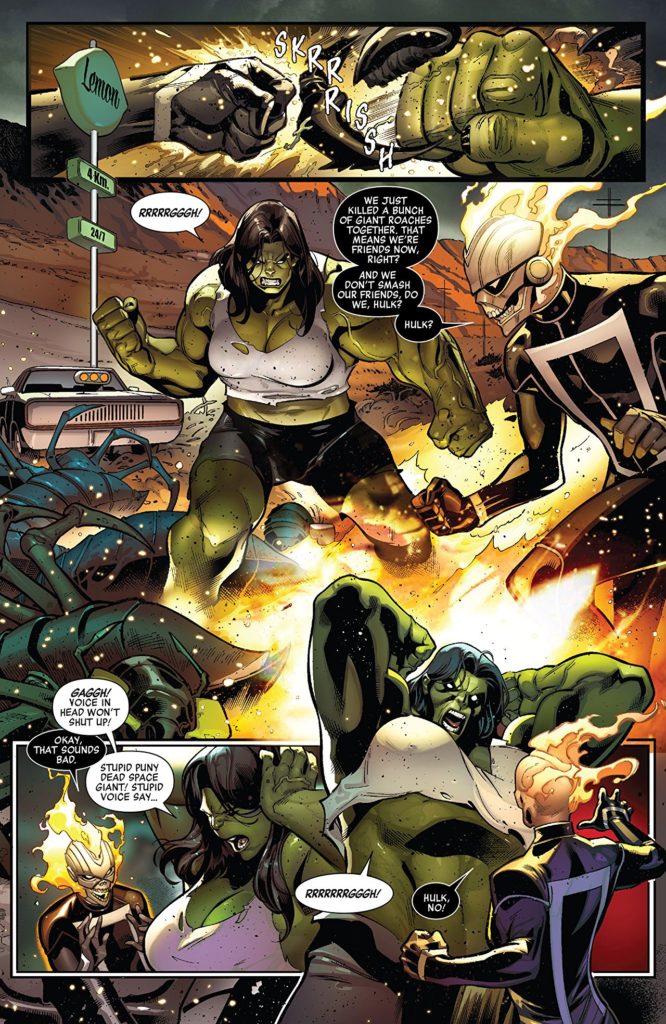 Loki is able to use his sorcerer abilities to keep him and Cap shrouded in protective magic. The Dark Celestials are unphased by their encounter with the sun. The remaining Avengers back on earth are left to regroup and assess the situation. They decide that splitting up is the best option as they have to address the two concurring attacks against taking place. Black Panther and Captain Marvel go to seek the aid of Alpha Flight on how to combat the giant insect menace. Thor takes She-Hulk to old Asgard in order to have his father Odin reveal everything he knows about the Celestials and his battle that took place with them one million years ago. 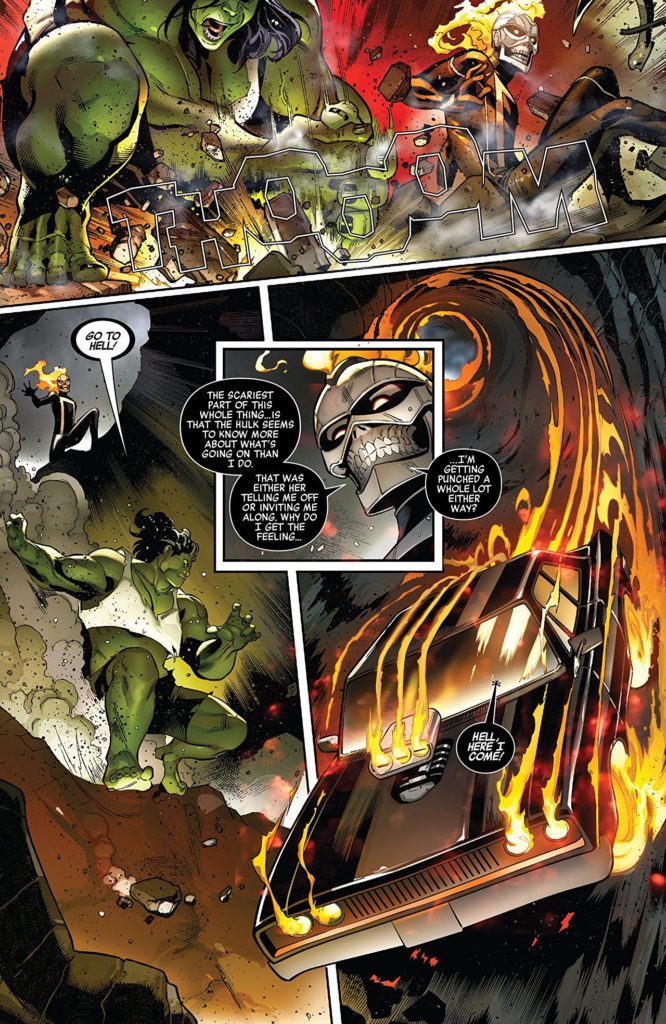 Avengers #3 does a great job of moving the story forward. In this comic book issue, multiple sub-plots are established that are going to continue to be revealed in subsequent comic book issues. The overall theme in this comic can be summed up as selflessness. There are a few panels where Black Panther and Dr. Strange are fighting the giant insets in the center of the earth. Black Panther tells Dr. Strange to get back to the surface and he will hold them off. Captain America, while a prisoner of Loki and the Dark Celestials intentionally sets off a warp grenade in an attempt to end the threat and putting his own life at risk. Cap also has a discussion with Loki at one point trying to convince him that he knows he has it within himself to ack selflessly and help the Avengers. 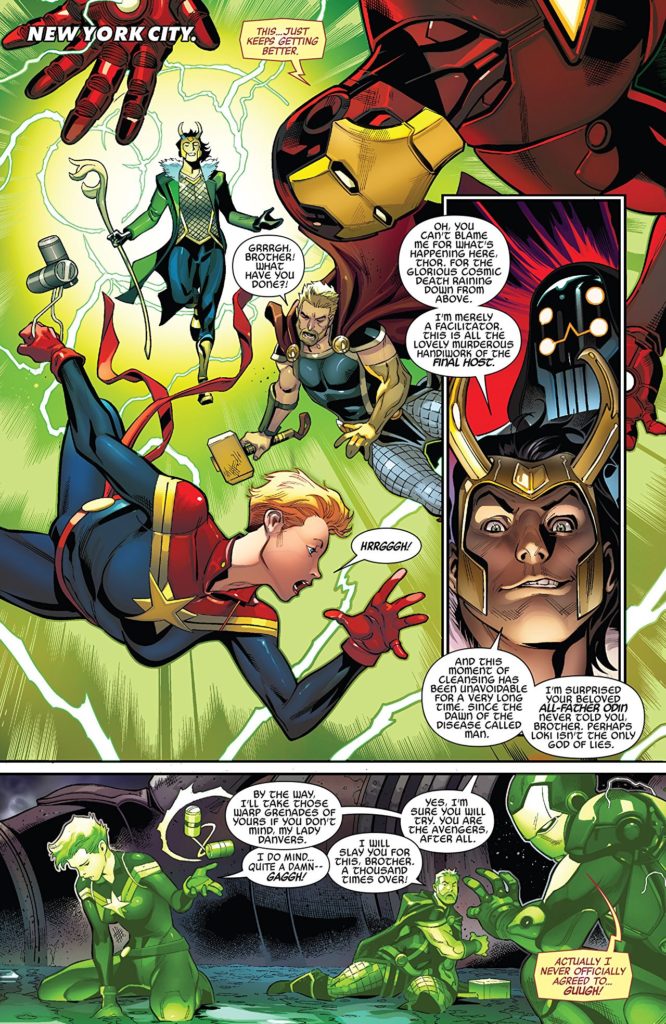 In this issue of the Avengers, it’s the cover that contains most of the symbolism as the saga unfolds. The cover aptly shows Loki with his tentacles of sorcery pulling the strings and tormenting the Avengers. Jason Aaron’s writing continues to deliver the intended message, while the artwork by Ed McGuinness is varied and interesting. There is a good looking two page spread that captures the Avengers assembled, minus Cap.

Things are literally starting to heat up in Avengers #3 and many sub-plots have been established. It’s not too late to jump on the Avengers band-wagon and Avengers #3 is worth the read.